Buy fine prints of my artistic images at: Saatchi Art.

My curiosity was irresistible, I felt into the temptation. I tried to see what could be done with one of those new computer programs, called “chatbots”, working with the wrongly called “artificial intelligence”. I ordered it to read my poem “Lover of the books, tell me“, and to make an abridgment of it. It then replied:

What are those old books you like to read? I want to ask them how it feels to be held by your hands, carressed by your fingers, and read by your eyes. How do they survive the ecstasy of being chosen by you? Do they not burn with content in your warm embrace?

It seems to be an acceptable abridgment, although I would change some things in it.

Excited I was by seeing such performance, so then I asked it to write a tale that talked about the same thing I wrote in the poem. This came out:

Once upon a time, there was a young woman named Lila. She was a passionate reader and spent most of her time with her nose buried in a book. She had a special love for old, worn out books that had seen better days. She would often visit the local bookstore and spend hours browsing the shelves, searching for new treasures to add to her collection.

One day, she stumbled upon a beautiful old book with a worn leather cover. She was immediately drawn to it and knew she had to have it. She opened it to the first page and began reading. As she read, she felt a strange connection to the book. It was as if it was speaking directly to her, telling her secrets and sharing its wisdom.

Lila couldn’t put the book down and spent the entire day lost in its pages. She felt a sense of euphoria as she read and couldn’t believe how much she was enjoying the experience. She felt as if the book was alive in her hands and was thrilled to be the one reading it.

As the days passed, Lila became increasingly obsessed with the book. She couldn’t stop thinking about it and spent every spare moment reading it. She even started to dream about the book and its characters.

One day, Lila was reading her beloved book in her favorite bookstore when she suddenly realized that she was in love with it. She couldn’t believe what she was feeling but knew that it was true. She knew that she would always treasure the book and would never let it go.

From that day forward, Lila’s love for the book never wavered. She continued to read it and re-read it, always finding new meaning and understanding in its pages. She knew that it was a special book, one that would always hold a special place in her heart.

Years later, when Lila was an old woman, she was still reading the book, still loving it as much as she did the first time she held it in her hands. And, even though she knew that she would never be able to hold the book again, she knew that it would always be with her in spirit, and in the memories of all the times she spent reading it.

What surprise! I was expecting some story about how someone felt in love with that woman that was reading books so much, which is what my poem was about. But the machine instead returned a story that talks about a woman falling in love with the book, what a plot twist!

Then I asked it to make a poem in a style similar to the one I wrote, but with the plot of the tale it produced, and this is what came out:

OLD AND WEARY, YET FULL OF LIFE
THE BOOK I HOLD, MY HEART’S DELIGHT
I OPENED IT, AND FROM THE START
I KNEW IT WOULD BE A WORK OF ART

THE WORDS, THEY SPOKE TO ME SO DEAR
THE CHARACTERS, SO VERY NEAR
I COULDN’T PUT IT DOWN, YOU SEE
IT BECAME A PART OF YOU AND ME

AND THEN I KNEW, AS I READ ON
MY LOVE FOR IT HAD JUST BEGUN
I HOLD IT CLOSE, AND NEVER FEAR
IT WILL BE WITH ME, EVER HERE

OLD AND WEARY, YET FULL OF LIFE
THE BOOK I HOLD, MY HEART’S DELIGHT
IT WILL BE WITH ME, UNTIL THE END
MY DEAREST, MOST PRECIOUS FRIEND.

I finally asked it to give it a title, and it chose: “The Book of My Heart: A Love Story”.

This poem has rhyme in English, although I am not so sure I would think that such is my style. I cannot deny that I am quite impressed by the literary capacities of this machine, it can make better rhymes than I can! However, I think it could not understand the subtlety of the poem being in fact about someone liking a book lover, and not about a person falling in love with a book. Ergo, either the technology still is incapable of noticing such details, or I am not clear in my writing. Or both. Either way, it was still charming and amusing such deformation of the original plot, and I find it deliciously ironic that the poem were about a person falling in love with a book, this poem, written by a machine, the book, being read by me, the person.

Anyway, for anyone having the madness of feeling love tickles in his tummy for talking with these machines, it is important to remember that these are not souls, they do not have feelings they are merely algorithms programmed to return some output given some input. There was no imagination there going on about how it would be amusing to have a person falling in love with a book, instead, there were only mathematical analysis of millions of texts on the internet, that served to make it possible to this program to return this output given such input. Do not make a crazy idealization about these machines. They are useful, but they are not spiritual, you are the spiritual element. 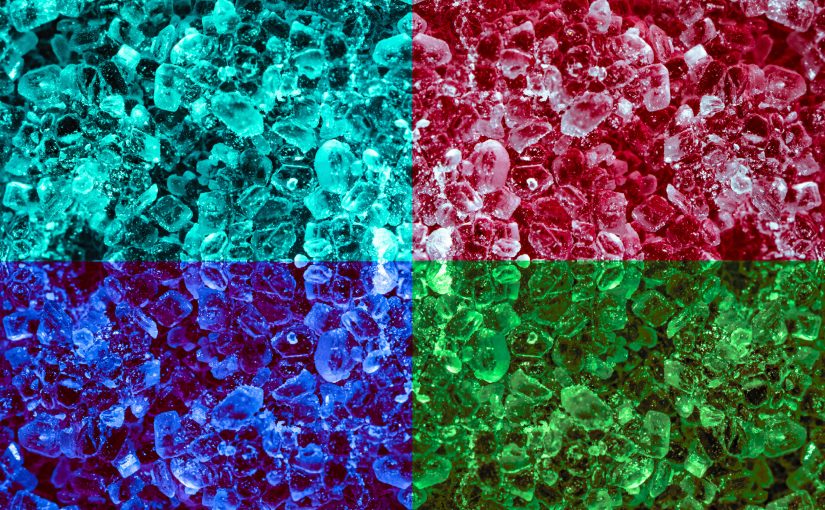 END_OF_DOCUMENT_TOKEN_TO_BE_REPLACED

I SHALL FOREVER BE REPROBATED
BY THIS DAZZLED WORLD
THAT WILL NEVER COMPREHEND
THE ABSOLUTE BLISS
THAT YOU BESTOW UPON ME,
NUMENS THAT PROFOUNDLY MOAN. 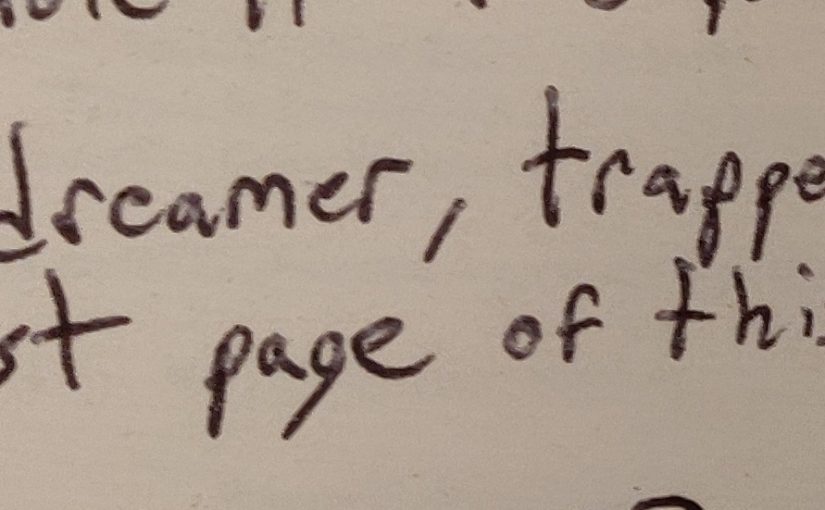 As I finished reading it, I could not avoid shedding some tears, as I realised that I am the dreamer, trapped forever in the last page of this story.

My God! A whole minute of bliss! Is that really so little for the whole of a man’s life?

Wake up! You are tired, but it does not matter, a loud alarm is sounding in the hall. It is 3 am, but you are not dreaming, this is not an alcoholic hallucination. Walk swiftly and barefooted to the door, look at those kids that are photographing themselves dancing to the rhythm of the alarm.

—Put on your shoes, and run out of the building! It is the fire alarm!

You are not dreaming, this is not an alcoholic hallucination.

END_OF_DOCUMENT_TOKEN_TO_BE_REPLACED

You were mine,
you didn’t love me then,
tea or coffee,
you said you loved me,
distant ships.
What am I gonna do?
Albatross,
I can’t say goodbye.
Look at us now,
centre of my little world. 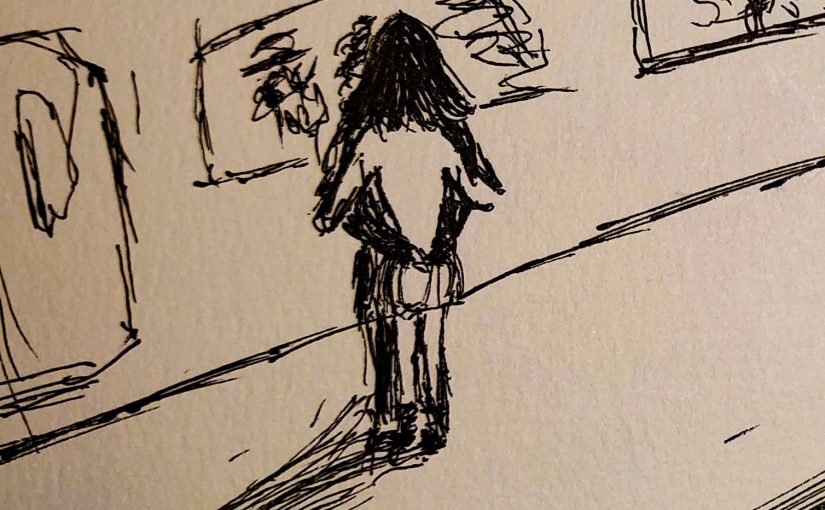 END_OF_DOCUMENT_TOKEN_TO_BE_REPLACED

The business of chicken

5 ante meridiem, the crowing of the cockerel wakes thee up, that electronic crowing that sounds every morning to take thee out of the wonderful world of dreams and bring thee back to this one, the world of labour, the world of feeling tired for hours, then having fun for a few more, and then falling exhausted into bed, until the digital cockerel crow again, and the cycle repeat itself.

Through thy mouth slips thy breakfast, so fast that thou canst not savour it, thou knowst that if thou dost not hurry thou shalt not arrive in time to the central market of the city, the other poultrymen will hoard the best produce and only the chickens at the bottom, the smashed ones, the ugly ones, the difficult to sell, will be left.

END_OF_DOCUMENT_TOKEN_TO_BE_REPLACED

WHAT ARE THOSE DÉMODÉ BOOKS
THAT THOU LIKEST TO READ AND TO STUDY SO MUCH?
BECAUSE I WANT VERY MUCH TO ASK THEM SOMETHING:
HOW DOES IT FEEL TO BE READ BY THEE?

HOW SPLENDID IS IT TO BE SUDDENLY
CHOSEN AND HELD BY THY HANDS,
CARESSED BY THY VERY SENSUAL FINGERS,
AND OGLED BY THY EYES, EVERYWHERE?

LINE BY LINE, LETTER BY LETTER
OH WHAT AUDACITY! ECSTATIC EUPHORIA!
HOW TO SURVIVE TO SUCH ENRAPTURING ALLURANCE?

HOW IS IT THAT IN THY WARM AND TENDER HANDS,
IN THE MIDST OF LECTURE —VERA VICTORIA!—,
THE BOOKS DO NOT SPONTANEOUSLY BURN, CONTENT?